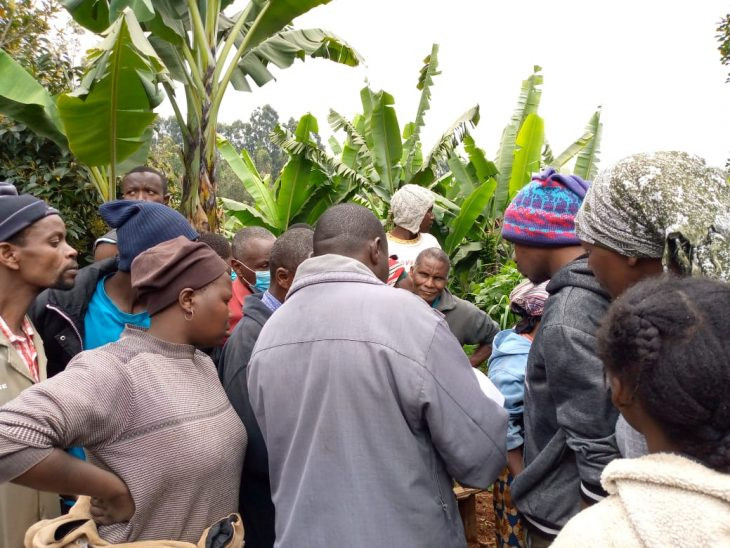 24-year-old Lawrence Munene who committed suicide in his house on Monday September 6, has been found to have left behind a suicide note, his phone security pattern and his money transfer pin (Mpesa).

Nyaga said after the deceased’s younger sister identified as Murugi alerted him after realizing that the house was quiet, they broke into the house only to find the body of his son dangling beside the bed.

“My daughter (Ann Murugi) alerted me on what was happening and when I went to try to open the door, I realized it was closed from inside.”

In his suicide note, Lawrence bid goodbye to his family and also asked anyone who had issues with him to forgive him. He asked that his goats be given to his nephew who is his sister’s son.

It read in part;

“I am so sorry to everyone who I have wronged. Please live a lovely and enjoyable life until we meet again. I will miss you so much.”

His father added that after unlocking his phone they only “found conversations with his friends and nothing much. Nyaga added “we are wondering what really prompted him to make such a decision.”

Lawrence’s mother, Cecilia Wanja described him as a kind and humble son. Stressing that the incident has been confusing, she disclosed that her late son always gave a hand whenever there was need to assist.

“I urge the younger generation to seek help from counsellors whenever they feel stressed. We are ready to listen and change situations for the better instead of losing someone’s life.”

Lawrence’s corpse has been deposited at Gakwegori mortuary.

The deceased is reportedly from Kithiruri village in Kianjakoma Sub-location of Kenya. Lawrence’s father, Silas Nyaga said his son’s corpse was discovered after his daughter knocked on his (Lawrence) door and got no response.